You must have heard someone utter this phrase at some point. Most of us accept it as a reason to eat healthy so that our bodies stay healthy. However, in this module, we will learn how this phrase directly applies to the molecules that make up our bodies.

There are 4 classes of molecules that make up the majority of living things. Your body 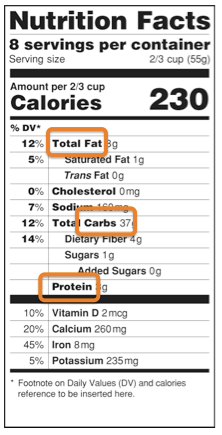 consumes these or even creates them within its cells. They are called macromolecules because they are large molecules. The macromolecules of life are:

Since macromolecules are generally made up of many smaller molecules and atoms, they are referred to as polymers. Polymers are made up of smaller units known as monomers. We will look at each macromolecule to determine the make-up, functions and examples as found in living things.

Do you read nutrition labels? Within them, you’ll find quite a bit of biochemistry. Take a close look at the nutrition label on the right; You should notice that three of the macromolecules are mentioned on every nutrition label!

Carbon compounds are found in all living things and are called organic compounds. Several properties of carbon contribute to its versatility:

Just to make sure you get the idea: carbon (solid), hydrogen (gas), oxygen (gas), and nitrogen (gas) are among the four most common elements found in living organisms (remember CHON). These four elements are also notable for being the least massive (and having the lowest atomic number) in their group in the periodic table. However, the four macromolecules are carbohydrates, lipids, nucleic acids and proteins.

Carbohydrates are macromolecules commonly called sugars. They are composed of carbon (C), hydrogen (H) and oxygen (O) in a ratio of 1:2:1. They are used as immediate forms of cellular fuel, as a way to store energy, and as structural materials in living things. Conventionally, the names of many carbohydrates end in -ose, such as glucose or cellulose.

Familiarize yourself with basic features of Carbohydrates by clicking through the introductory tutorial from the University of Wisconsin.

Glucose is one of the most important carbohydrates. It is the sugar that plants make as a result of photosynthesis. When cells need energy, they break down glucose in a process called cellular respiration to gain energy from it’s bonds. Every organism on earth uses glucose. Take a look at the diagram of glucose below. At each corner of the ring (except the one with an oxygen), there is a carbon atom. 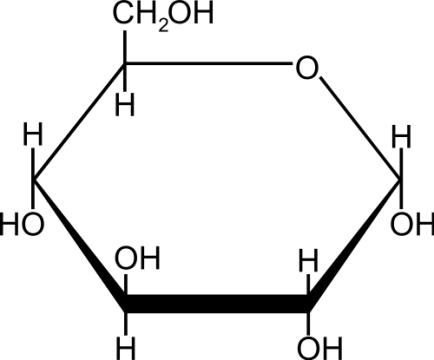 What do all three of these monosaccharides have in common? They all have the same molecular formula! How is it then, that they are different? Well, their atoms are arranged differently. This gives each one different properties. For instance, fructose tastes very sweet to use because of the manner in which the molecule fits into taste receptors on our tongue.

There are other monosaccharides that are based on different numbers of carbons. One type, the pentose sugars, have 5 carbons and still meet the 1:2:1 ratio. These are important components of another macromolecule, nucleic acids. 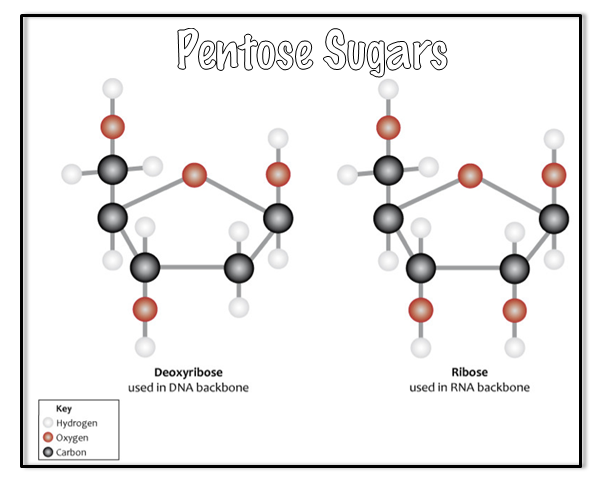 Disaccharides are sugar molecules with only two monomers; sucrose (table sugar) is 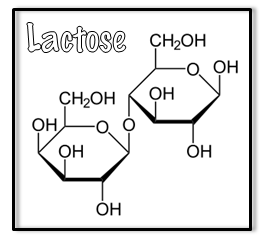 an example of a disaccharide that is made from glucose and fructose. These types of sugars are generally used as a source of energy.

Lactose is the sugar found in milk. Some humans cannot digest lactose in dairy products and are therefore lactose intolerant. This condition is not dangerous, but it can be uncomfortable for your digestive system. Genetic studies of human DNA from ancient skeletons suggest that lactose intolerance was the norm in early humans. So, if you can digest milk without problems, you are a mutant, but a mutant that is able to gain nutritional benefits from dairy products!

Take a look at this map that shows worldwide prevalence of lactose intolerance in recent populations: 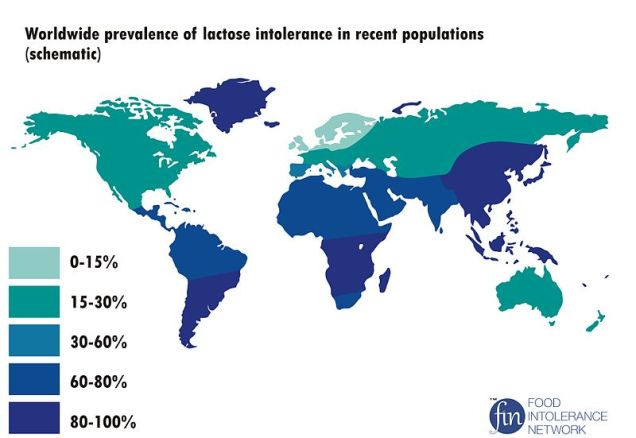 Polysaccharides are large sugar molecules (polymers) composed of many smaller units, linked together in complex arrangements. Take a look at the table below to learn more about some common polysaccharides: